Written by Kate
Updated this week

The report data is divided into two sections: audience and content. To see the content report switch to the appropriate section.

The maximum look-back period is 1 year, though 2 months maximum since the page connection.

Before diving into the numbers, choose the period of time that you need the data for - custom, last 7 days, last 30 days, last 3 months. Regardless of what time period you select, the data will be compared to the data of the same previous period.

Numbers compared are evaluated in percent. In the upper part, the numbers are divided into several sections:

Scroll down to see the detailed overview of the presented data.

Best Time and Day to Publish 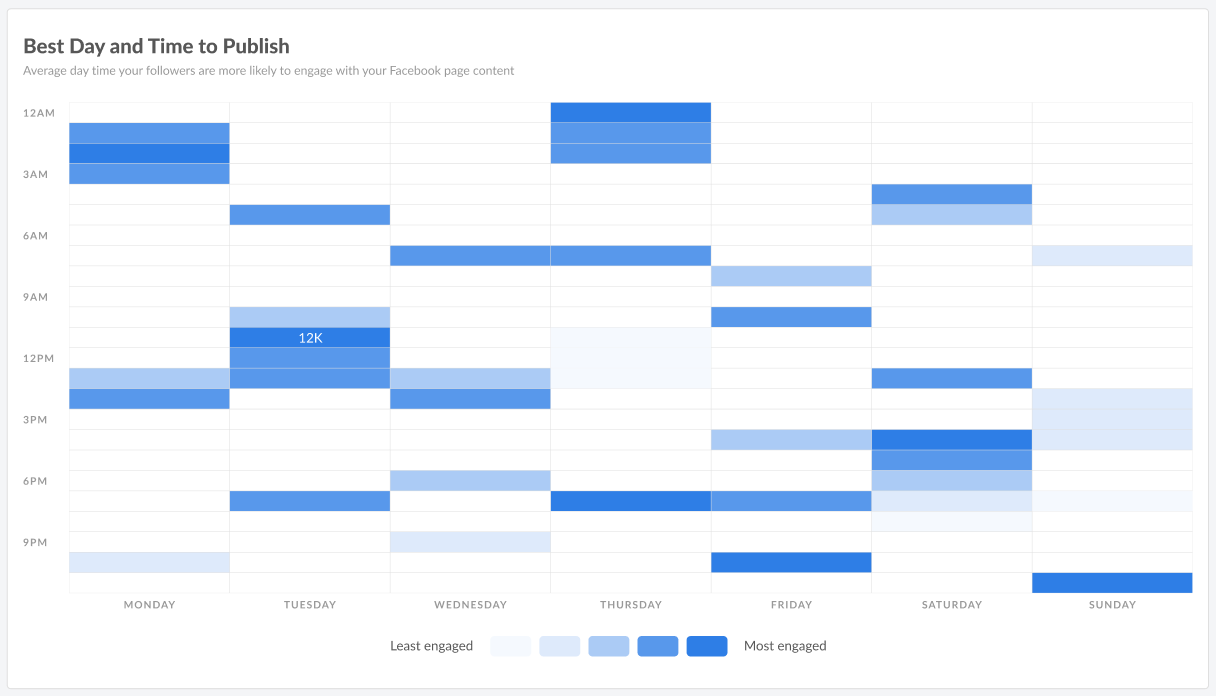 The posts with the least engagement are highlighted in light blue. The dark blue highlights the best time to publish, based on your account’s publishing history.

To learn about the audience metrics, head over to this guide.